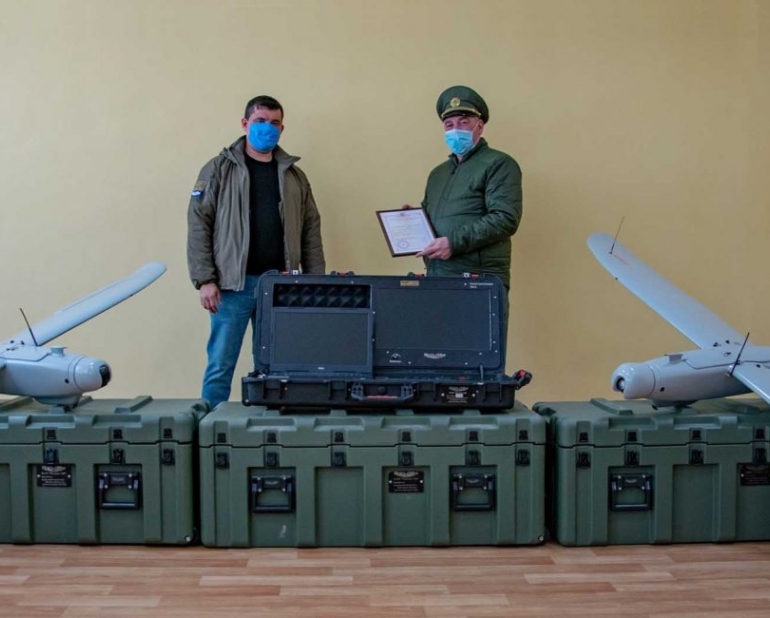 The system was handed over by representatives of LLC "Production-Innovative Company "DEVIRO" on April 16, inform the press service of the State Border Service. It is designed for air reconnaissance patrol, mapping of the area with the ability to transmit operational information and obtain accurate geographical coordinates in real time.

The UAS consists of two unmanned aerial vehicles (UAVs), a ground control station and additional equipment. The UAV is weatherproof and can be used at any time of day or night.

The system implements the concept of automated control of the aircraft throughout the flight, which greatly simplifies the operator's work and allows him to focus on the analysis of operational information. Such equipment allows border guards to protect the Ukrainian border effectively from criminals and external aggression.

In the future, during the practical exercises, the border guards will acquire skills in unmanned aerial vehicle control and will perform tasks of object search, recognition and tracking.

The system will also be used to improve skills of instructor-operators and directly at the border.